“A modification morphs into a modelling milestone."

Inspired by two separate projects, together they joined to become this Renderpeople poolside presentation.

The Bungalow Poolside project used several 3D people assets including three swimsuit models from Renderpeople. When seen by them, an offer to publish the work was made if the female models that were not theirs could be removed. For this, the Bungalow model would have to be edited and re-rendered. The thought of rendering the work again inspired the creating a new project for the presentation of these models. Deciding what environment to put a new pool, whether to build new or not, was what led to the second part of this presentation. 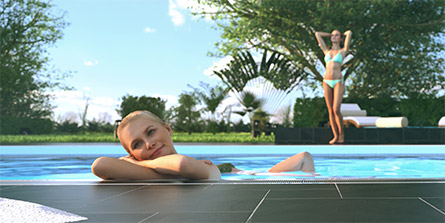 I had previously constructed a project to learn Thea Render. It was large enough, that it gave SketchUp and Thea challenges at the time that made learning problematic. When introduced to a new software, it is wise to begin small and work up progressively. The project only confirmed this fact and was put aside for a rainy day. After three years of using Thea with new versions of SketchUp, making handling larger files managable, the older model seemed the ideal project to present these assets. 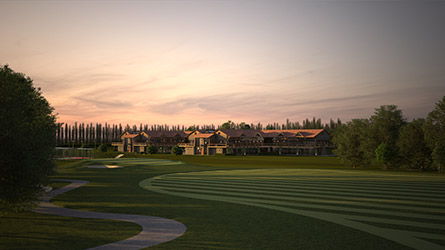 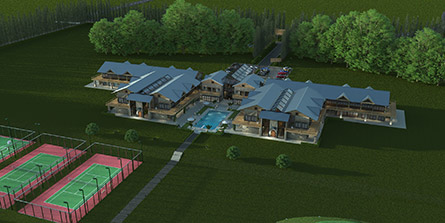 What I thought would be several days of revision turned out to be two and a half months of remodelling and lighting. I had forgotten just how large the “La Grange” model was and, with gained experience, it obliged a complete remodel. With new and updated detailing, vegetation and proxies from Laubwerk, implementation of Skatter grass, pool and poolside lighting and with HDRs from HDR-Skies, the file was prepared for the 3D female models. Because the scale of the scene would require many more people than the three original assets, new Renderpeople models were specifically selected for the project.

"Kemp Productions pays attention to every major and minor detail. They take visualisations as an art and not just as a job" - Andreas Moenke

When the project began, I envisioned nighttime, dusk, golden magic hour lighting. Unfortunately, efforts to render evening shots with Thea with lights not producing noise issues, created a long term commitment at getting poolside lighting to work properly before anything else. During this process, it was discovered that this issue was not new and that no matter what my efforts, I was banging my head against the wall for numerous weeks. Finally, after months since launching the project, an update to Thea Render was released that solved most of the issues. Yet, too much time had already passed on this to integrate all that was originally desired. For this, the project went from a nighttime pool scene to a daylight scenario using varied HDRs that highlighted the new modelling work and the people models selected.

What completed the scene, despite needing swimsuit clad models available, was the advantage of finding the combinations of models to fill the courtyard. The tables and chairs of the scene required “guests” or “clients” of the “Rivendell Resort" that were not in swimsuits. For this, having two groups of sitting people to choose models from really impacts the scene. The models selected were based on their positions with interactivity. Between the two collections available, a number of models really helped to bring an ambience of “life” to the scene. Each was scaled and positioned for the chair height, position in the chair or asset and then specifically posted at the tables where each would integrate with the group they were chosen for. In the end, these sitting collections brought a versatility and creditability around the poolside we are very pleased with.

View all the images of The Renders for Render People

Principally, the pool and poolside needed assets appropriately dressed for the water and inner courtyard. However, on both terraces and balconies, clothed and posed people models were needed that were both standing casually or sitting to be arranged as if they were interacting with each other.
After searching through the models and collections, the assets chosen worked beautifully together. Here are the models chosen for this project. Each image links directly to the corresponding Renderpeople product page.

I was happy to see that Kemp Productions decided to use Renderpeople 3D People for this project. The compositing of this project was really demanding since they needed to find the perfect combination of pool people and casually dressed people interacting with each other.
Kemp Productions managed to bring life to these renders. I am happy to see that these renders also reflect the strengths of Renderpeople with respect to quality and diversity, showing the advantages of 2d-cut-out vs 3D People for natural lighting and perspective "
- Andreas Moenke, Co-Founder and CEO at Renderpeople